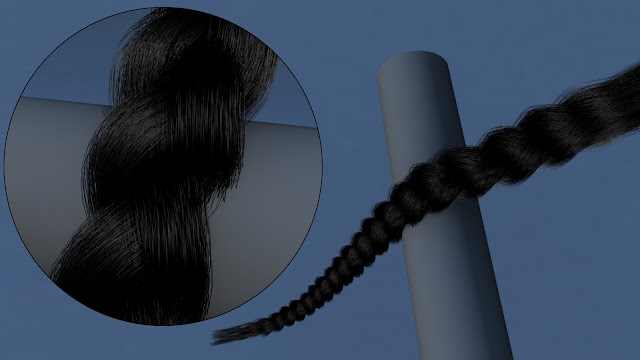 Yesterday I had a play with Maya's hair creation tool to make Wednesdays plaits, I think the results are rather successful for a first attempt. Once you understand the basic consruction of the hair system (follicle, curve and PFX) it is fairly easy to control and style as you wish.
Posted by Mat Clark at 08:43 No comments:

It's All In The Eyes 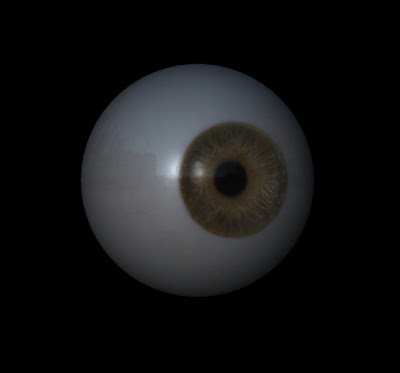 We're automatically drawn to the eyes when we see a face, windows to the soul and all that. I'm going for a mixture between realistic and stylized with my Wednesday Addams model so the eyes should look fairly convincing.
My model has blend shapes assigned to the pupil so that it can be constricted or dilated allowing for a more convincing and easy to read portrayal of emotion instead of the vacuous, shark like stare that unfortunately afflicts so many 3D portraits.
Posted by Mat Clark at 16:22 No comments: 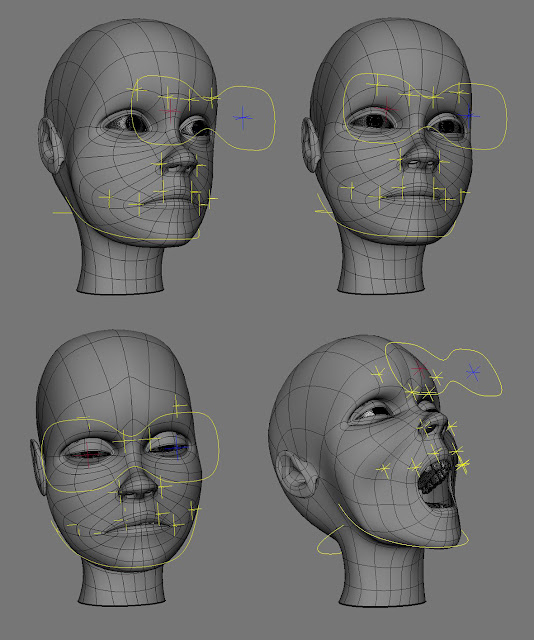 A couple of weeks ago it would have been Charles Addams 100th birthday if he were still alive so, being a fan of his work and needing a new personal project, I decided to make a bust of Wednesday Addams, the youngest member of his macabre comic strip family. Although it's a little difficult to tell at this stage I have used Christina Ricci as a model for this bust as she was used by Barry Sonnenfeld in his '90s adaptation of the comic strip.


I have just put together a control system for the face that uses curves and locators to control the underlying rig and blendshapes. Ordinarily I would make a GUI representation of the face located to one side of the model but have decided, this time, to place control locators on the mesh in the areas that they deform. It appears to be a pretty intuitive solution that works very well and I am likely to adopt this practice again in the future.
Posted by Mat Clark at 14:43 No comments: