In the little time I've had to play recently I've managed to make some progress with the character that I started in the previous post. 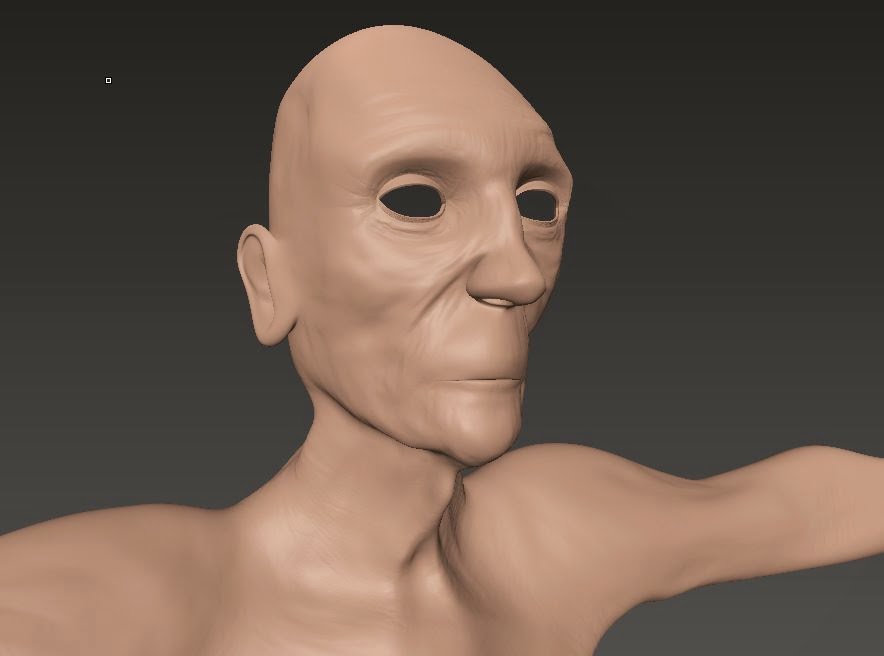 One of my aims in this collaborative project is to develop an understanding of the sculpting software Mudbox, it's toolset and the workflow between it and Maya. Up until this point I've never really had the desire to sculpting software but packages like Mudbox and Z-Brush are becoming a more and more integral part of the production pipeline and so I figured it was time to get my hands dirty.

I think that my reticence to use sculpting software stems from the heavy handed approach that so many artists have demonstrated through their practice. I have found that there is an abundance of work created through these packages which carries a certain look, a look that screams "sculpted" at the top of it's voice. Deep gouges and symmetrical lines are the most common offences and it is this style that I am hoping to avoid in my efforts.

Anyway, once I got over my fear of carving heavy marks into my model found the transition to sculpting pretty rewarding, the tools in Mudbox are very intuitive and after I had learnt to navigate 3D space with my Wacom it became a rather therapeutic exercise. Developing a workflow took a little time but I soon realised that, much like sculpting in real life, it's best to work down to the building finer detail from larger strokes.

Now that I have a project that benefits from the use of this software I am beginning to understand it's potential and will most certainly be using it again in the future. I still believe that it is important to understand that not everything needs to be sculpted and good old fashioned texture and bump maps are still absolutely valid practice in the professional workflow.
Posted by Mat Clark at 20:22 No comments:

Email ThisBlogThis!Share to TwitterShare to FacebookShare to Pinterest
Labels: collaborative

I've recently been working with artist Garry Barker to realise one of his characters as a 3D model and it's already been an interesting learning experience for both of us. 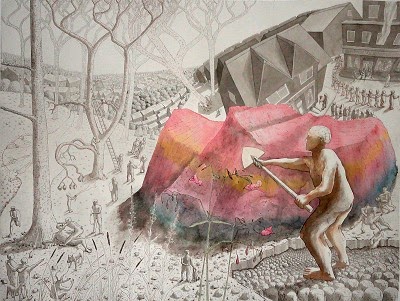 For me, this project began when Garry and another of my colleagues, Annabeth Robinson, had been discussing ways that Garry's digging character could be presented through alternative media, this led to talk of motion capture which ultimately requires a 3D model which in turn led to my own involvement.

Although there is plenty of reference through his work and the attributes that make up the character are pretty identifiable, it was difficult for me to consider it as a 3D model so I figured I might as well ask Garry to provide me with some orthographic drawings to work from. I thought  that this wouldn't be particularly hard for him considering it is his work after all and the character shares a very similar blueprint to the rest of the figures that he draws but, it turns out that asking an artist who deals in two dimensions to consider anything that they've created and then drawn countless times as a three dimensional object that can be animated might throw up all sorts of new thought processes for them. He got there in the end and produced some images that I could easily work from in Maya. 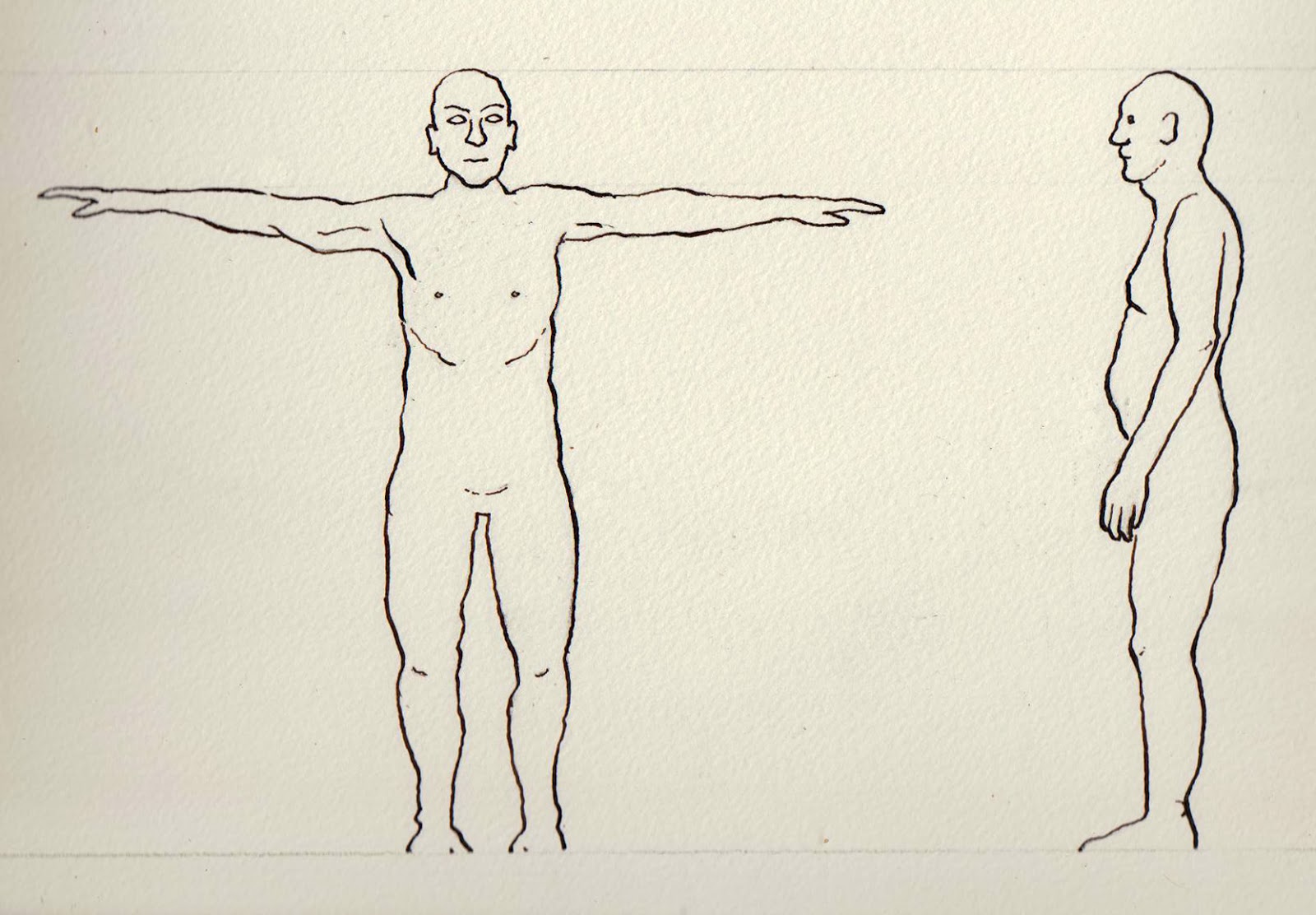 The character style is rather doughy, no insult intended Garry, which leads to interesting proportions and an asymmetric look which is very different from the style of character that I might normally build. Still, modelling is modelling and this figure didn't really cause me any problems in it's construction. 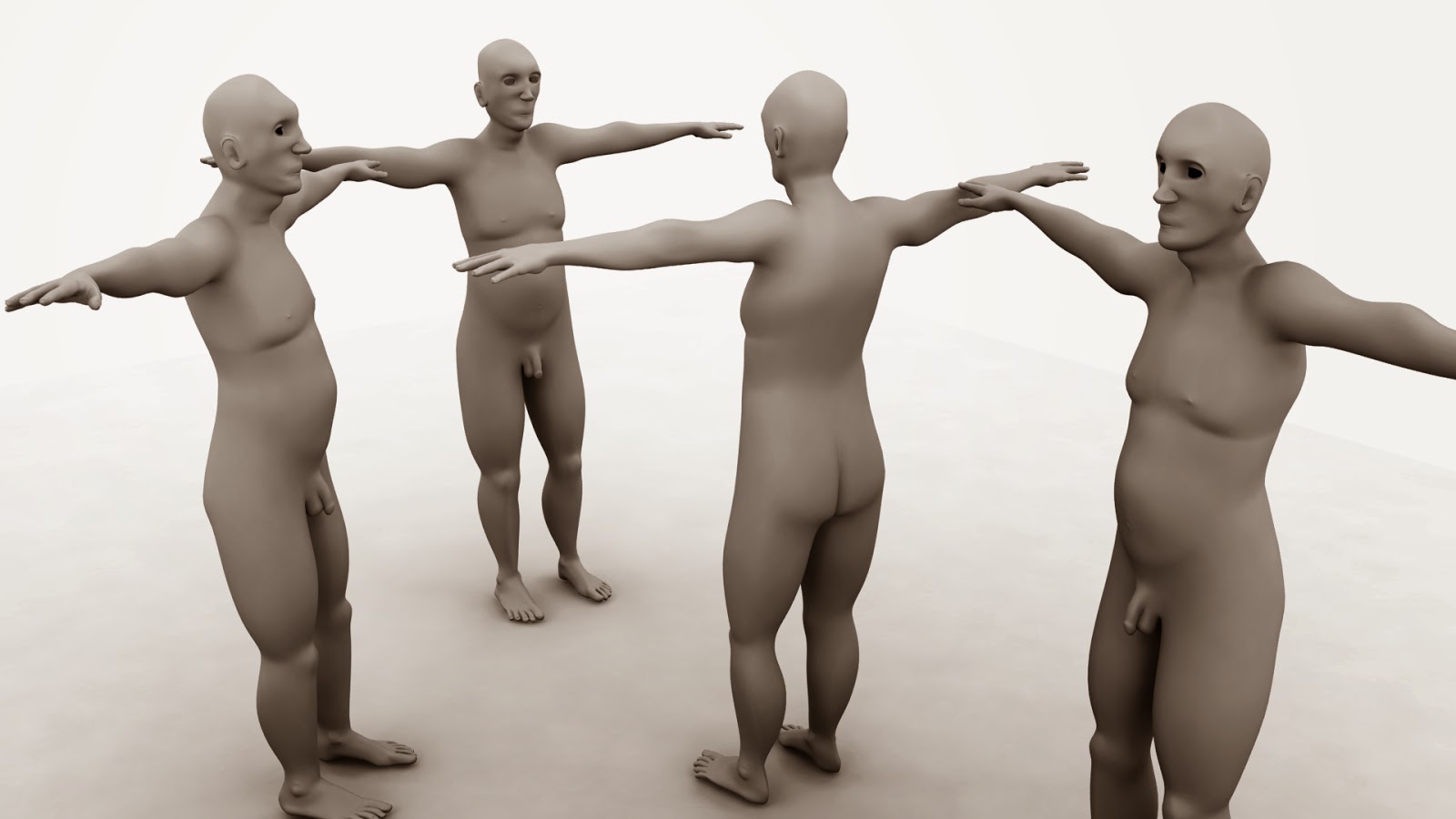 I'm pretty pleased with the base mesh, pictured above, the geometry is clean and even without textures and bump maps it has a pretty good level of detail... I could feasibly rig it right now and have a nice model to animate or motion capture but why have a nice model when a flippin' brilliant one could be the order of the day..?

So what's the plan?

I'd say a bit of learning in the form of Mudbox, sculpting software which I am a familiar with but have never tackled anything like this before, and muscle systems, dynamic deformation that has been available in Maya for some years now but something that I have never really had the desire to use. I also intend to develop my understanding of Mental Ray shaders, in particular the SSS (subsurface scattering) shaders that allow rendering of realistic skin.

So, I've got my work cut out for the next while..... I'm not sure how long this is going to take considering the limited free time I have but I'm pretty excited about developing it into a pretty amazing puppet that can be used to bring Garry's art to life.

I'll be posting progress here as and when it happens.
Posted by Mat Clark at 18:09 No comments: