I'm embarrassed by how long it's been since I last updated my blog.... nearly 6 months... gulp!!

I've just been super busy with work and with my studies but now I have finished studies until September so I will hopefully have a bit of time to follow up on some ideas that I have had for small project over the summer.

So, because I've been bogged down by my studies and I've made no progress with any personal projects for some time I'm at a bit of a loss with what to write about..... I could talk about what I've been doing for my studies.... I reckon it'll be more interesting than reading about what's been going on at work for me for the past few months.

In between work and family stuff  I've managed to complete a few modules towards my masters in animation and digital effects this year WOOHOO! It's been a really interesting and sometimes stressful time but I've made it through my first year with a few projects to show.

For the first module we were required to model a character (check the concept we were given below) using whatever 3D software we were happiest using..... I chose Maya. Although we were given reference for the character, see the image below, we were allowed to embellish the design if we wished. 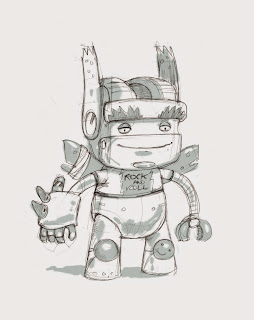 I decided to make my character a robot roadie, he needed to be a bit heavier, more utilitarian and more beaten up... oh yeah, I figured he should have guitars strapped to his back and be striking a pose on top of a marshall amp.... ROCK'N'ROLL!!!!

While there are issues with the render I'm pretty happy with how R0-D turned out. I managed to find a few new tools to use in Maya and reacquainted myself with Mudbox while making him. I think that the biggest step I took in this project was to finally get around to using some of Mental Ray's shaders, yeah MR has been a part of Maya since version 5 (about 10 years) but it is only now that I have started to really use and appreciate it's shader nodes, yay for personal progression!!

The second module was about drawing, mainly life drawing... before this project it had been a long time since I had picked up a pencil and drawn anything through study so I was a bit apprehensive to begin with, I soon got into the swing of the module and really enjoyed the experience. We had to produce a life drawing portfolio and a humanoid character in a number of poses, the portfolio was really developed through the classes and the  character was done in our own time. Below are a couple of images from my life drawing portfolio. 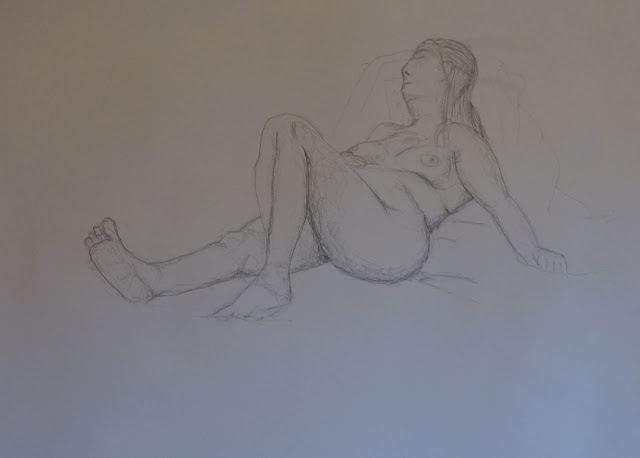 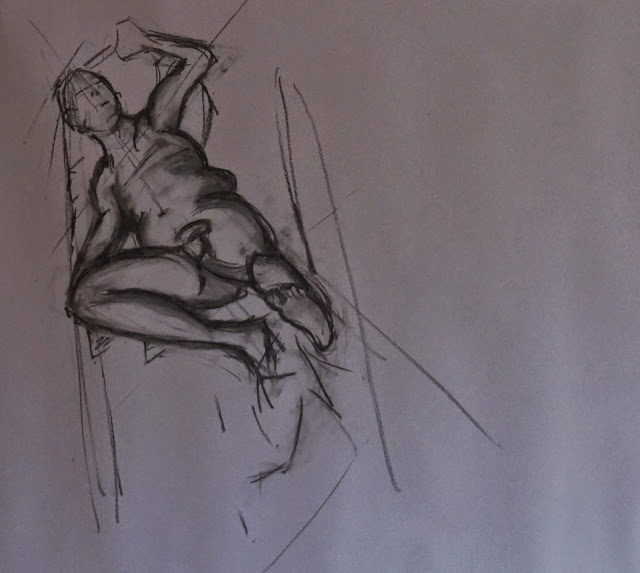 And here are my final character images, I was reading The Incal by Alejandro Jodorowsky at the time and so the character was rather inspired by the artwork of Jean Giraud aka Moebius. 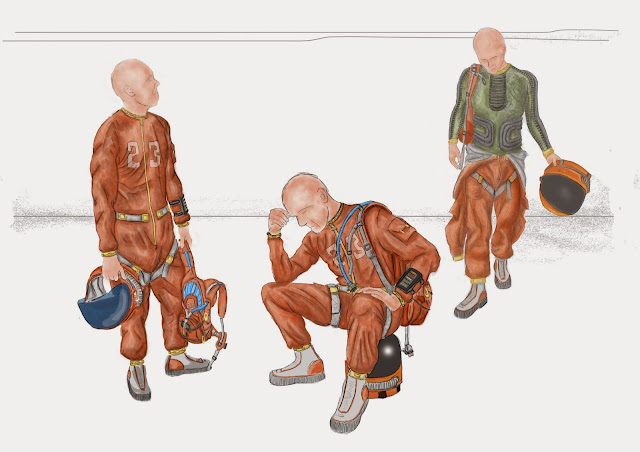 My next module was to develop a CG asset, this could be for games or visual effects, I chose the latter. The idea was to select a local landmark building and model, texture and present it, the building had to be at least 10 years old. I went for a small pub beside the university The Globe Inn. 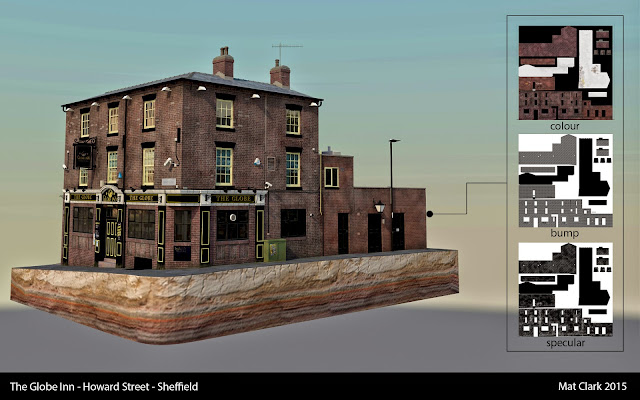 I chose the pub because I pass it on a regular basis, ideal for collecting primary reference, it is a detached building, meaning it can be modelled in isolation and because it sells beer.... which is just a bonus really :) 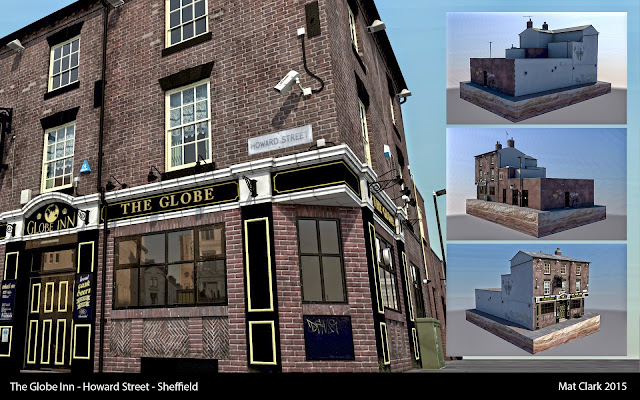 I had a lot of fun making this, I developed my understanding of architectural and hard surface modelling, texturing and rendering, learnt a bunch more stuff about Mental Ray and had a few pints along the way.

For the last module I had to model, rig and demonstrate a character in whichever modelling and animation package I preferred... yep, I went for Maya again. I really went to town on the technical side of things with this module but unfortunately left very little time for myself to animate the model.... a couple of hours. So apologies for the standard of the animation in the following video but it represents a whole load more than that.

My main learning achievement for this was to create the user interfaces. I really wanted to develop a character which was animator friendly so accessibility of controls was paramount. Making a separate user interface for the animator to be able to access functionality without having to deselect controls or open multiple windows was one way to do this. So I polished my MEL scripting skills, considered what functionality I would like from a character interface and built what I consider to be my most robust rig to date.

I developed quite an understanding of low-tech, home made, facial motion capture for this module, while it was fun and very educational but it was a lot of hard work so I think I wall be trying out more mainstream mocap solutions in future.

So, a busy year with plenty to show for it. I'm pretty proud of the projects and the skills which I have developed throughout this year considering I work and have a family... it's been tough but worth it, roll on next year!!
Posted by Mat Clark at 10:27 1 comment: