July 2nd - July 4th this year saw the Childrens Media Conference being held in a number of venues across Sheffield city centre and I was able to attend as a part of my CPD through my work.

This was my first experience of the CMC and my initial impression was one of anxiety and of being overwhelmed by a large room full of strangers. Strangers to me at least, as it appeared that I was the single person to have arrived without a colleague, without an agenda and without an idea of what to expect.

Thankfully there was free wine and after becoming acquainted with the bar I felt confident enough to reconsider the environment that i found myself a part of.... the First Timers Reception. 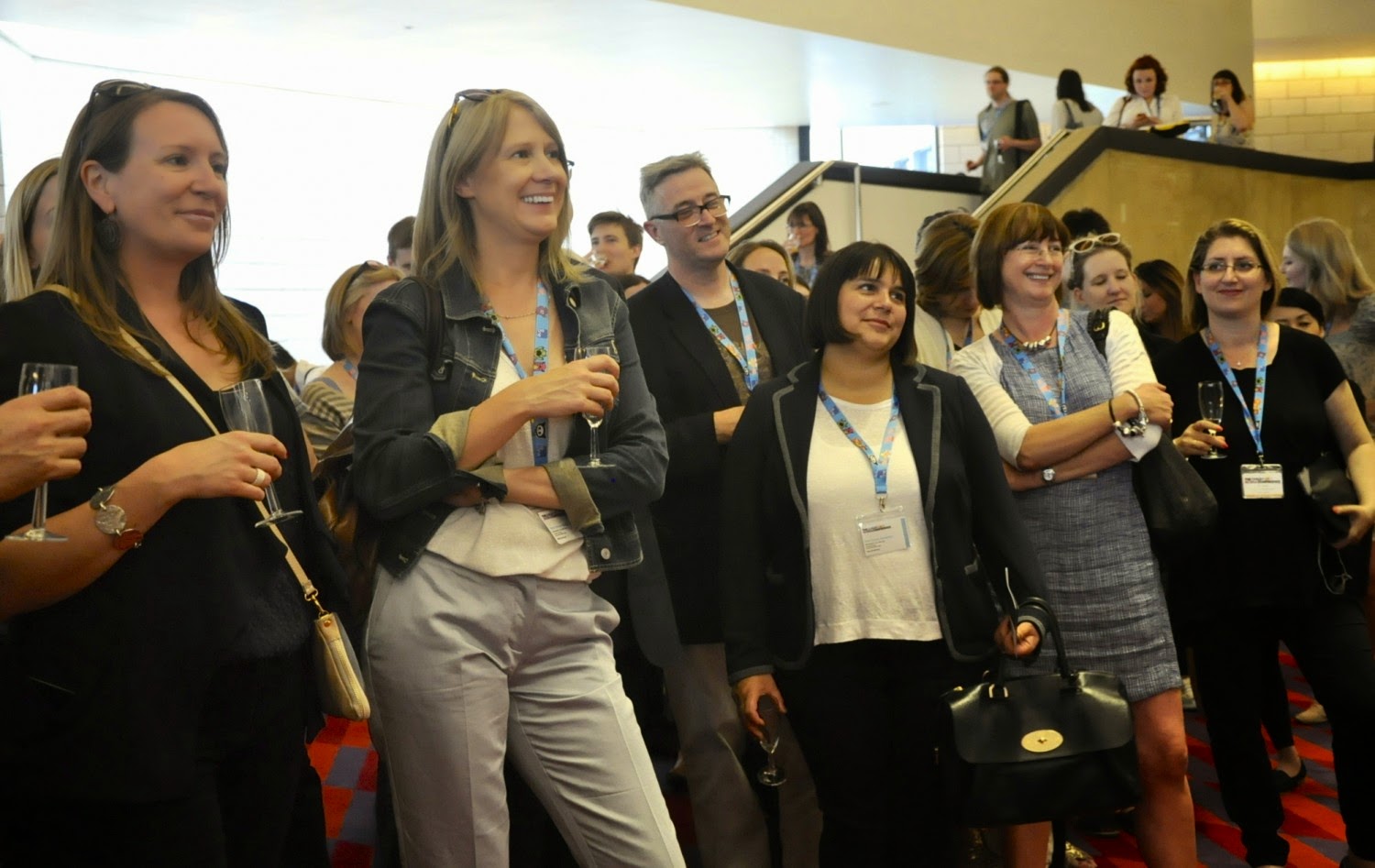 That's me coming down the stairs, wine in hand.....

Despite everyone being friendly I found it quite difficult to simply approach people and speak with them in this networking event. This was most likely because most people there had reasons to be there and speaking to a lecturer from an art college wasn't one of them.

The thing is, the CMC is a very industry oriented event in which people meet people they want to meet, pitch ideas to whoever they hope will think their idea is great and chat with old colleagues from various arms of the media industry.

My appraisal of the First Timers Reception may appear to be a little cynical but this is simply because I felt that there was no reason for me to be there.... I had nothing to pitch and I had nothing to offer those who were there to pitch. This doesn't mean that this event is a waste of time for anyone who works in the children's media industry though and it certainly didn't tarnish my opinion of the conference events which I found interesting, thought provoking, entertaining and inspiring.

Rather than write a long piece about each of the events that I attended I have simply listed them below with links attached to their official, and much more professionally written, CMC report.


Unfortunately because of work commitments I was unable to attend any of the sessions on Friday but each of them has been well documented on the CMC website which, while it is not the same as actually being there, offers a good opportunity to catch up with what happened.
Posted by Mat Clark at 13:20